Traveling and taking photos goes hand-in-hand for me. I am a destination photographer and destinations like New York City must be photographed.

Over Christmas week I was able to set up a session with Farrah and James. Farrah and I met a few days prior to talk about the shoot so she would know what to expect and could decide what she and James would wear.  When we met up again in Central Park, it was Christmas Day. The masses of tourists did not help with my backgrounds I had preselected, so I had to get pretty creative with my angles. Once we captured what I hoped for in Central Park, they took me to a few of their other favorite spots. As we walked around the city, James and I had a chance to get to know one another. He has been a Newyorker for a long time and is very passionate about his city. He was quick to give me a little history lesson on many of the buildings surrounding Central Park, to which I was grateful. He also showed me where John Lennon lived, and sadly, where he died. The area was packed with tourists taking photos and singing his songs.

By the time we reached our next destination we had all bonded, making the session more relaxed and fun. Farrah was the one who had led us to the street you see in some of the images.  She had chosen this location for it’s colorful buildings and charming characteristics. The lighting was perfect and there was just enough of a lull in the waves of traffic to have some fun. We had to dodge a few bicycle delivery riders, but the results were worth it. The shoot ended with us all having lunch together in one of the only restaurants we could find open.  I felt lucky to have been able to meet such a great couple and have a nice toast on Christmas Day. 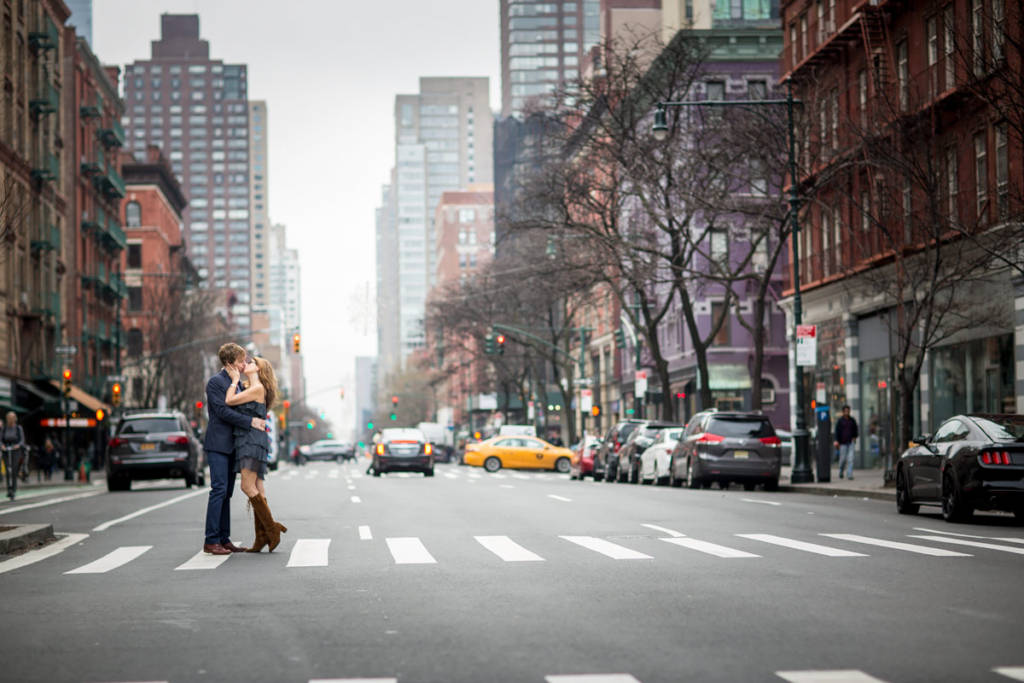 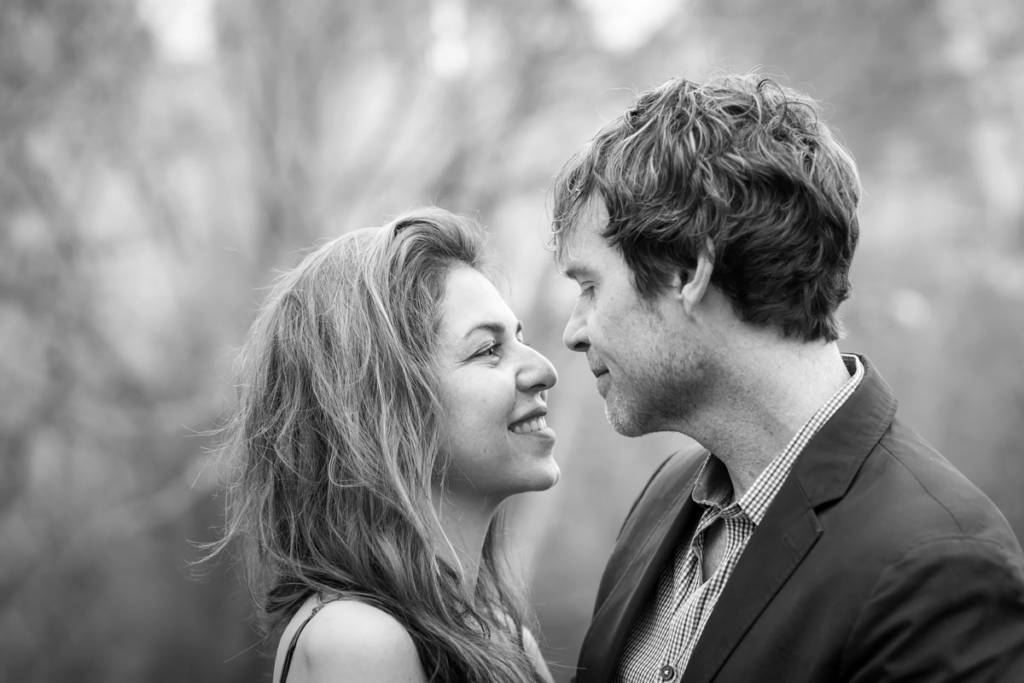 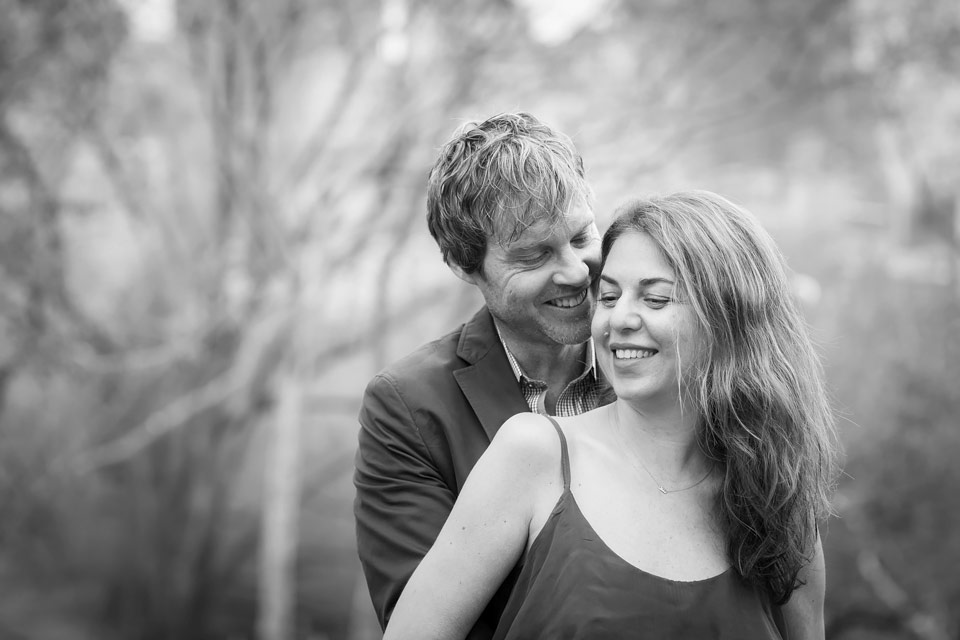 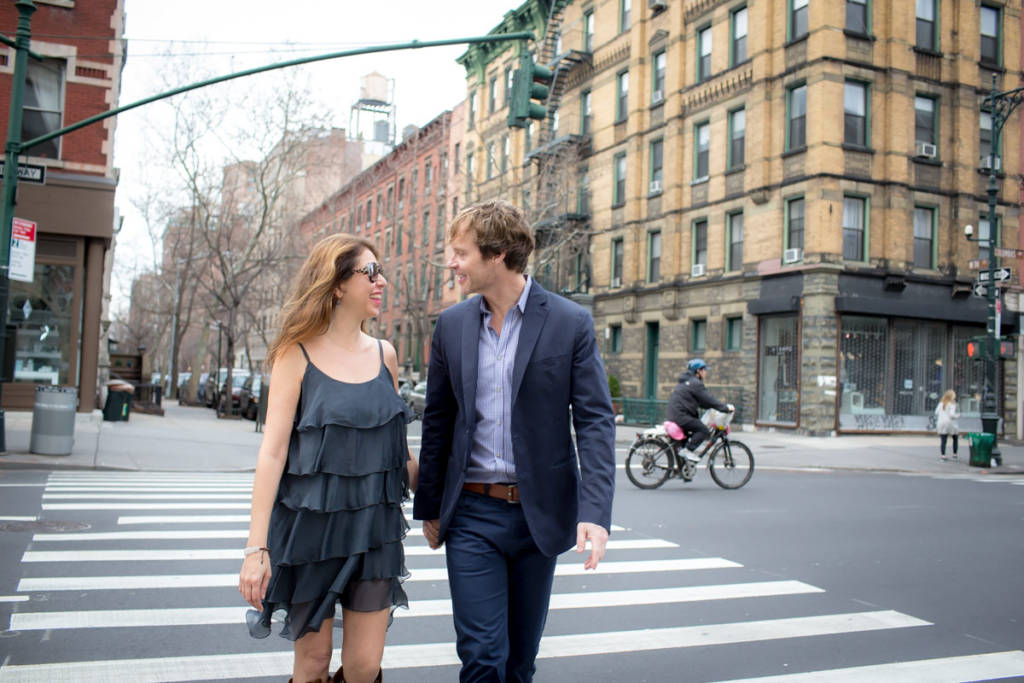 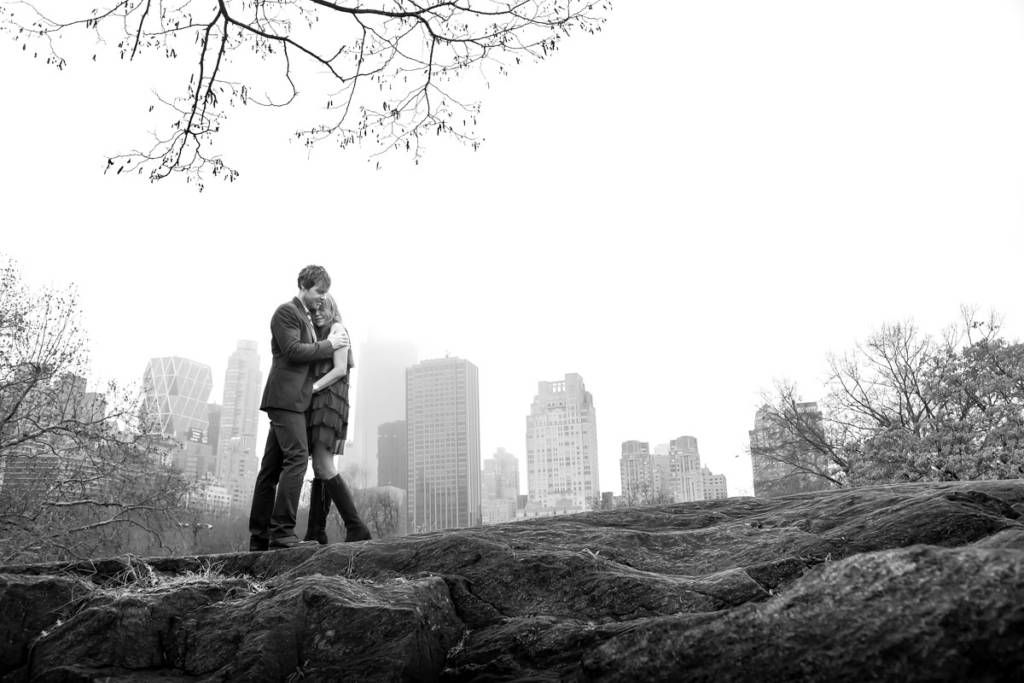 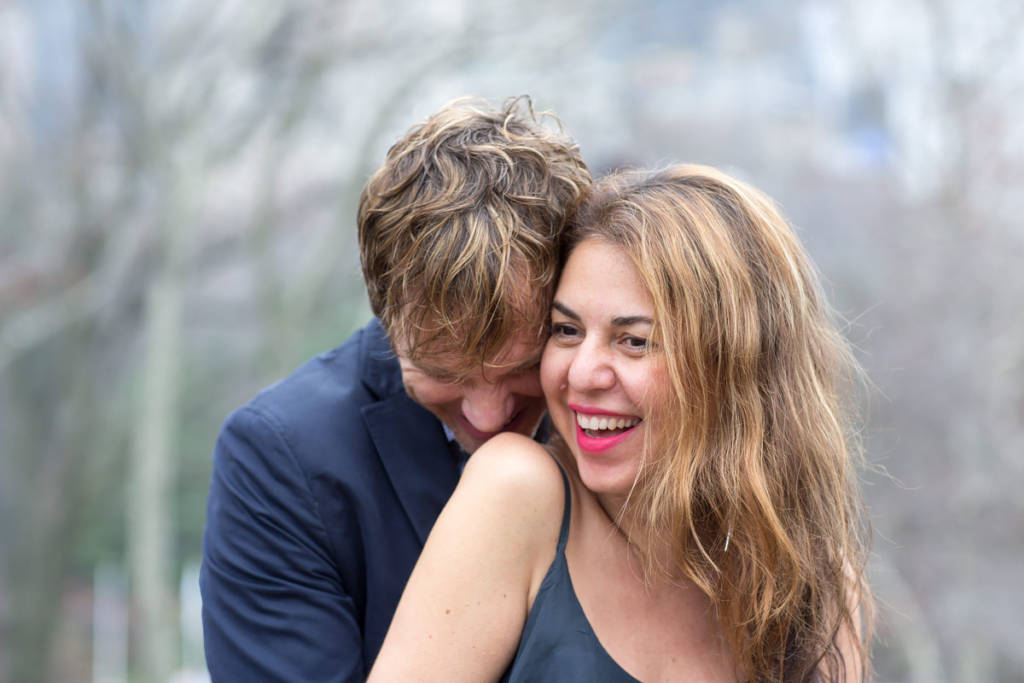 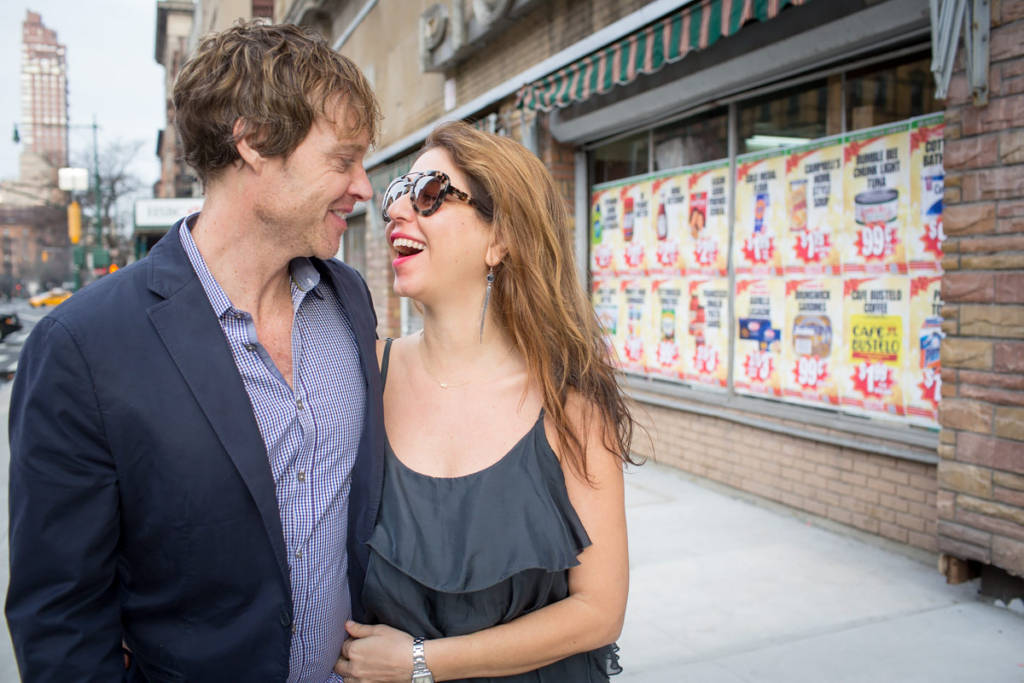 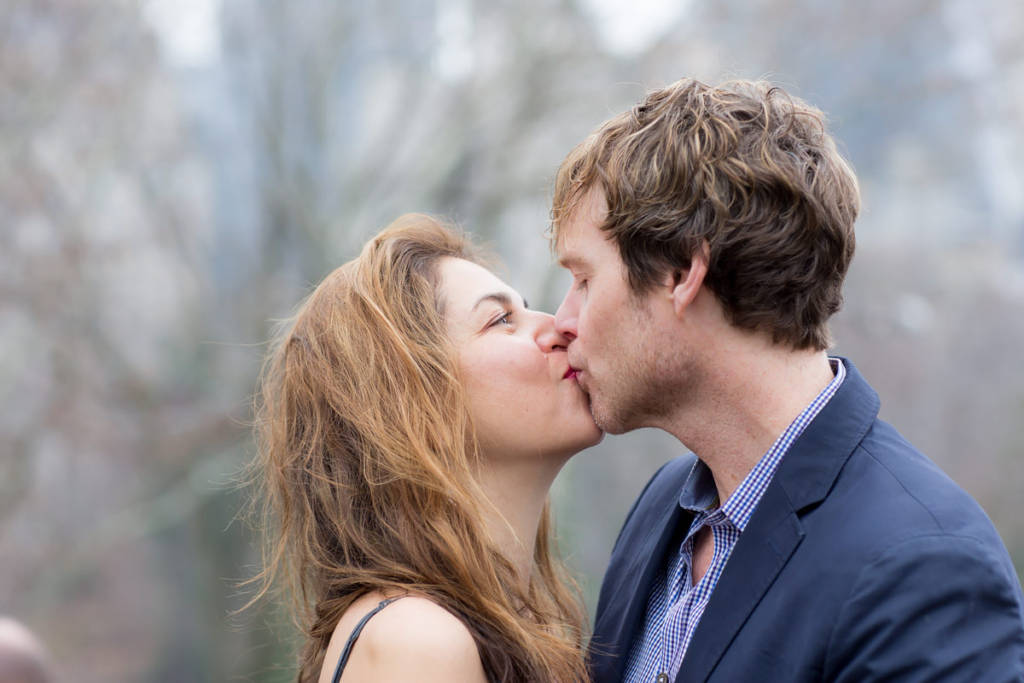 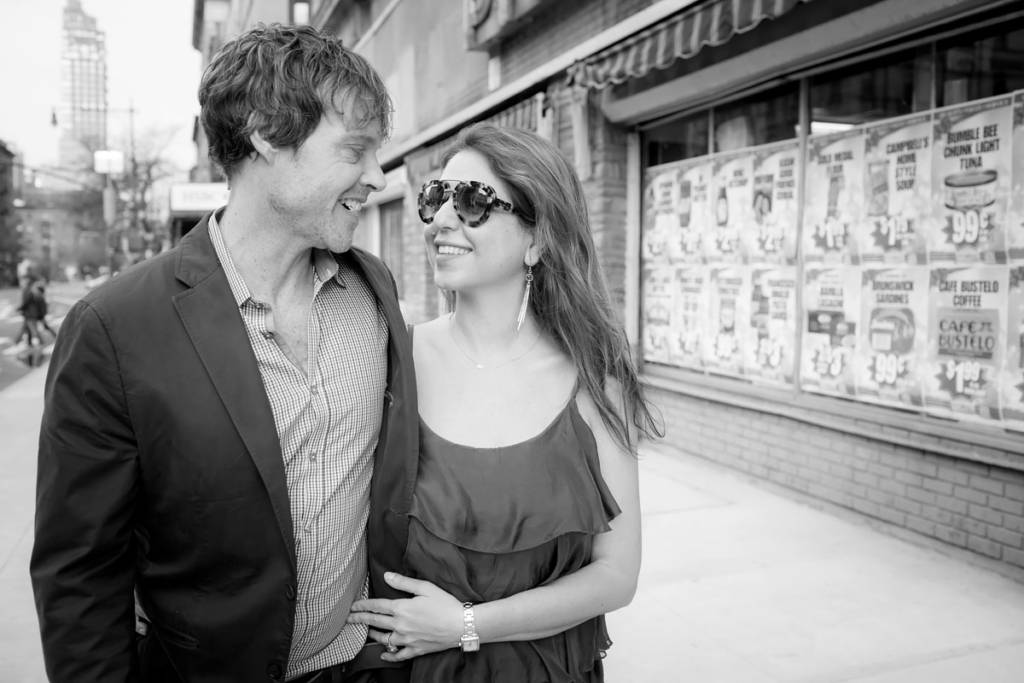 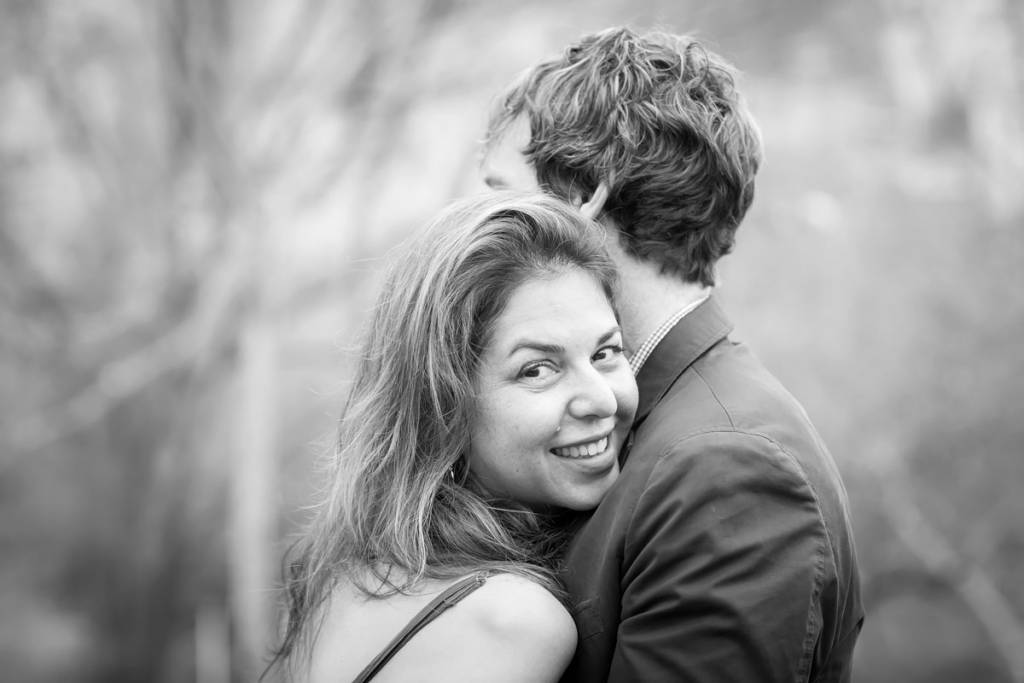